The future of conservatism lies with the young

There are several definitions of conservatism, from which it can be concluded that it is a way of thinking and state of mind aimed at preserving political, social and civil order and opposition to unnecessary change.

Today, conservatism is most often associated with the forms of everyday life that refer to political, cultural, religious, linguistic and other forms of social life, and at first glance even in ordinary slang, conservatism is equated with everything that is restrained and sceptical of abrupt changes, for which conservatives are often called “insensitive”.

Over time these have been brought under the control of the State, with many of them becoming insignificant, their role in society neglected, and the influence of the church and religious communities weakening or disappearing. This in turn has a destructive effect on certain social goods and lead to the destruction of marriage, family, church and communities. What kind of democracy would we talk about if it excludes tradition and its heritage, citing the advanced progressivism that calls these values “outdated”?

However, the basis of conservatism as an ideology holds customs, conventionality and continuity that would preserve human freedom and individual independence. All people in a society contribute to that, but the key to their further perseverance are, of course, young people, who should make tradition and democracy inseparable factors in everyday life.

The development of this ideology requires a solid foundation placed on several pillars, of which these five are the most important for young people: morality, continuity, belonging, effectiveness, and consistency.

One may find it strange that this classification does not include issues related to abortion, religion, compulsory military service, health, education, etc., but these five pillars can find their role in all forms of social life, including these topics. Basing our understanding of conservatism on these pillars will prevent conservatism being constantly drawn into prejudices that appear in the media because of these issues for which we are often attacked as conservatives.

This division, in addition to covering “hot topics”, imposes answers to a series of additional unresolved questions and views on which our short-term and long-term future depends.

I would like to single out at least three of these questions that need to be answered as soon as possible.

First is the question of the Church (for me the Orthodox Church) and its role in the social life of young people and the country in which they live.

It is a fact that conservatives are often believers and that in N. Macedonia more and more young people are joining the Church. They are part of church communities and actively participate in Sunday and Holiday Liturgies. They practise Lent, especially for Great Lents such as Easter and Christmas, and often partake of the Holy Communion with the blessing of their spiritual father.

The Macedonian Orthodox Church at times seems to have more important issues to resolve, such as the one imposed by the recognition of autocephaly by sister churches, as opposed to taking a clear unanimous position on abortion issues or the mandatory introduction of religious education.

In the spirit of its existence is the spread of love among the people, as well as the care for the poor and how to help them fight hunger,  to provide funds and donations for healthcare treatment, reconstruction of burned homes and other support. These church pledges come into conflict with the pledges of young conservative believers, through promoting moral values, which mean helping the poor find a job with a regular and decent salary, which will allow them to help themselves, which of course requires support not only from the Church but also from the State.

In its priorities, the spiritual leadership of the Macedonian Orthodox Church, does not engage in public debates with concrete proposals and solutions for public issues. Instead, she remains a silent observer of how these processes shift from national to political.

The second question I emphasise, although it requires support from the Church, is the issue of abortion.

To reach an appropriate answer to this question that attacks life, a clear distinction must be made between the term “crime” and the term “law”, which is increasingly used as an excuse. The term “human rights” is being redefined globally. By “upholding” the “right” of the mother, she directly attacks the “right” of the weaker, i.e. the child. But today there are signs of understanding, that young people increasingly realise that life begins at conception. I firmly believe that the right of life supporters in Southeast Europe and in my country will fight against abortion, and change governments’ policies, made under the pressure of the organisations that promote abortion.

Third is the issue related to political parties. The right-wing parties in my country have declared themselves as part of a conservative political bloc. In that regard, I emphasise that their right-wing orientation is incompatible with conservative ideologies through their action. Without highlighting individual political parties, I want to emphasise their destructive action on important national issues and their passiveness in resolving those issues. Some of these political parties mainly participate in left-wing governments, and others in the opposition bloc, showing the absence of a unifying spirit when it comes to defending traditional and national values.

In all that confusion and dilemma in their belief that all those on the Right are conservatives, the strong views of us, the young conservatives, must come to light, to expose this flawed position.

With more active participation in political and social life, through newly formed political parties or associations and organisations, we can clearly promote conservative ideological views which would become a factor of perseverance in the country, as opposed to a “brake” factor.

We must restore lost trust in institutions, to restore the appreciation of work and the family.

Young people must be actors, not just silent observers left out and marginalised.

Therefore, we must be active, emancipated, involved and recognised, affirmative, consistent, constructive, eloquent … to stand for something, not just against something.

This article was originally published for Conservatives Global 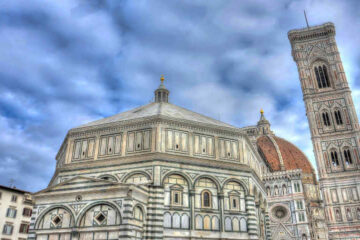 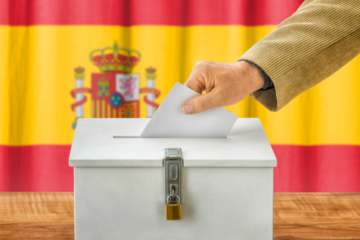